RSS
← A Miraculous Life
“I Feel Your Pain…Not” →

The Bridge That Could Not

The Bridge that could not..

It has been said, “if you want friends, do not build walls, build bridges”.  However, if you have ever felt depressed or under stress, you may have noticed that you did not really feel very sociable.  In fact, you may have avoided being around people.  Often when we face depression, impaired thinking and difficulty with planning accompany it.  When this is our pervasive state, any task undertaken can seem long and very energy demanding.  Even the steps we know we ought to take are challenging because we have difficulty moving forward.  We become myopic, (or nearsighted), lacking the capacity to see what the future has in store.

I have been reading an article recently that explains how this experience is actually a part of a neurobiological process; one that is common not only for times of stress and depression but it also appears to have a common involvement in most dementias.

You see, the bridgework of social engagement is much like the bridgework that can be found between neurons of our brains.  This bridgework aligns neurons across the signaling gap between downstream neurons. The terminal end of one ﬁring neuron (presynapse) communicates with the dendrite (postsynapse) of the next downstream neuron through a gap known as a “synapse”.  This very important space regulates information as a communication relay for neurons.

Webster provides more about the origin

“Latin Synapsis, from Greek, juncture, from synaptein to fasten together”,

The correct alignment of neurons is an important feature for eﬀective communication downstream.  Researchers discovered a structural protein known as Nectin-3 that maintains this important alignment in order to secure connections in their proper place.  This structural protein appears influenced by stress.  Through an experimental design, when mice were placed in a stressful environment, their brains showed a  significant reduction in Nectin-3. This reduction of Nectin-3 also correlated with the avoidance behavior observed in these mice.  In order to verify this relationship of Nectin-3 and avoidance, other experiments designed to restore ﬁbronectin-3 resulted in increased cognitive function and improved socialization in mice.

When the scientist explored the mechanism behind the nectin-3 reduction, an enzyme known as MMP-9 was identiﬁed.  It was observed that during times of stress, high glutamate levels prompt the release of this enzyme, which degrades the nectin-3 protein.

Normally, this enzyme has an important role in modifying memory. It likely has a part in ﬁne tuning what we retain much like how a professional would tune a piano to precise tone.  However, in situations where we experience stress, there is a wider sweep of disconnections in a regional runaway mechanism, hindering our ease in social interactions as well as our capacity to think clearly. 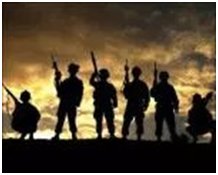 Consider the MMP as if it were a rogue group of Military Police (MP), which lose their role as peacekeepers, causing mass chaos in a crisis.

As for the role of MMP-9 in our daily life, I can imagine how this may be a way our brains manage to protect us.  Life has many stressful moments.  Some moments are much worse than others are.  I can imagine that under a very intense and stressful situation, we may feel overwhelmed, requiring that we find a way to “step back” and reset our perspective in order to address our stress another way.  Such a mechanism as “sending out the Military Police (MMP) on our distressed brain, may allow us a certain “numbness”, a form of objectivity as it were until we can get back on our feet and face the problem a new way.

I am including a reference to this article below.

Thanks for joining me at this moment objectively!

I invite you to read this article below.

The Bridge That Could Not was originally published on

← A Miraculous Life
“I Feel Your Pain…Not” →